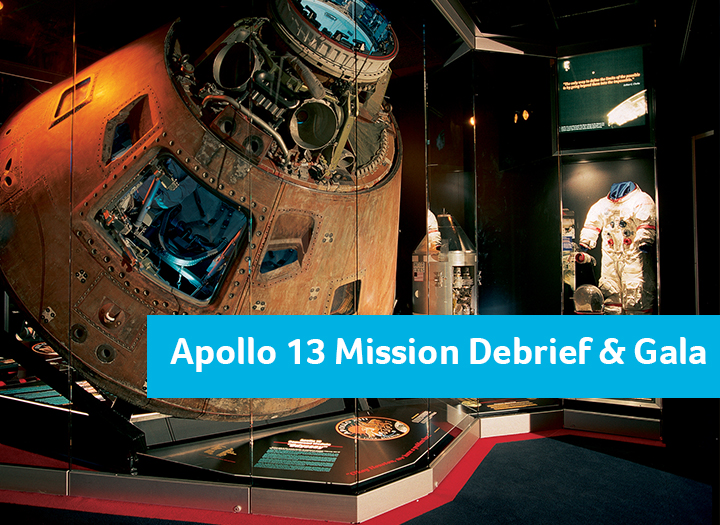 The Odyssey Gala Ticket Package is SOLD OUT. Please contact Hutchinson's Historic Fox Theatre at 620-663-1981 to be placed on a waiting list.

"HOUSTON, WE'VE HAD A PROBLEM"

These words set in motion a historic series of events. For three days, three astronauts huddled in the Aquarius Lunar Module as the Mission Control team on Earth worked to solve the problem of how to bring them home. Meanwhile, the world united in prayer and hope for the survival of three Americans 200,000 miles from Earth.

No other space mission before or since called on the collaboration of so many in Mission Control and beyond to solve such a critical challenge. Apollo 13: A Mission of Survival. A Mission of Teamwork. A Mission of Hope. Join us to celebrate the great Victory of Apollo 13, where the Apollo 13 Command Module, Odyssey, was restored, preserved and is proudly on display in Cosmosphere’s Apollo Gallery.