An Odd Couple arrives at Stage 9 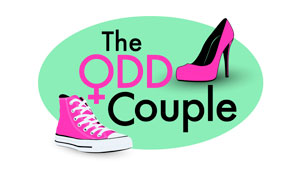 In The Odd Couple [Female Version], slovenly, easy-going Olive Madison is pitted against her roommate, the neat, uptight Florence Unger in this hilarious revival of Neil Simon’s comic classic. Simon reminds us of why he reigns as a comic genius in a twist on his classic Odd Couple. In the female version, Oscar Madison and Felix Unger have been replaced with Olive and Florence. Instead of the poker party that begins the original version, Ms. Madison has invited the girls over for an evening of Trivial Pursuit. And the hilarious Pigeon sisters are now the Costazuela brothers, Manolo and Jesus.

Tickets are now available online and will be available for purchase at Apron Strings, 1 S. Main.  Tickets will also be sold at the Box Office one hour prior to each performance.  To check performance availability, please contact Stage 9 by email at info@stage9hutch.com or by phone at 316-350-PLAY (7529).

For more information about The Odd Couple [Female Version] or to schedule interviews with the director, contact Charles Johnston at 646-628-4353 or charles@stage9hutch.com.