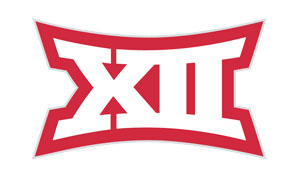 “Prairie Dunes is a fantastic course and has great history in hosting this championship, we are excited to welcome the teams of the Big 12 back to Hutchinson this spring”, said Holly Leiker, National Sports & Destination Sales Manager for the Greater Hutchinson CVB.

The championship will consist of 72 holes played over three days; 36 holes the first day and 18 holes the second and third days.  The low four scores out of five over each 18 holes will determine the team championship.  The champion, along with the top 10 finishers, will receive medals and All-Tournament Team honors.

First round pairings will be determined Monday, April 17 based on the Sagarin Rankings released earlier that day.  The pairing for the second round of the first day will remain the same but will switch starting tees.  The second round is scheduled to begin five and a half hours after the first-round tee times.

The Texas Longhorns have won the previous four Big 12 Championships, including the last time they played at Prairie Dunes in 2013.

Scott Nelson, General Manager at Prairie Dunes Country Club said, “Prairie Dunes is proud to once again host the Big 12 Men’s Golf Championship.  The Prairie Dunes members and staff would like to welcome the players, officials, and spectators from across the country and the city of Hutchinson to share in the enjoyment of this great event.  I would encourage anyone who would enjoy seeing some of the best collegiate golf talent in the world showcased on a challenging world-class golf course to attend this event.  See you at the Dunes!”