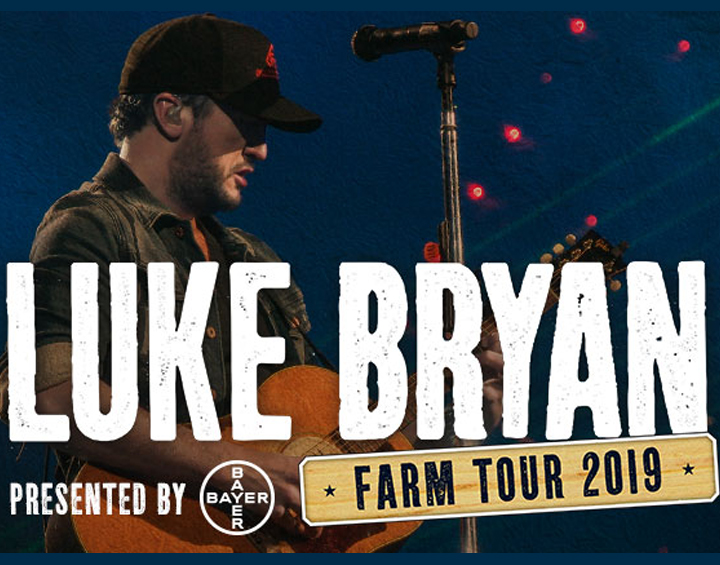 Country star Luke Bryan’s Friday night concert that was to be held in a farm field near Douglass has been moved to the Kansas State Fairgrounds in Hutchinson.

Cole Swindell, Mitchell Tenpenny and DJ Rock are all scheduled to perform.

“It’s unfortunate the rain is forcing a location change from Douglass, but we are glad we can help accommodate Luke and his fans at the Kansas State Fairgrounds,” said the Fair’s General Manager Robin Jennison.

On Friday, the Fair’s parking areas will open at 2 p.m., gates to the concert area open at 5 p.m. and the concert is scheduled to start at 6 p.m.

The Fair is working with the City of Hutchinson and Visit Hutch to handle the event. This is Bryan’s 11th consecutive Farm Tour, which this year was scheduled for six farms between Sept. 6 to Oct. 5. The idea behind the tour is to bring full production concerts to small towns.

Bryan’s hits include “Country Girl (Shake It For Me), “Drunk on You” and “Rain is a Good Thing.”

For those attending the concert, the following advice should be noted:

Tickets can still be purchased at www.lukebryan.com/farmtour. Tickets from the Douglas show will be honored at the Hutchinson show. The Kansas State Fair will not be involved with ticket sales, however, tickets will be available on site beginning at 2 p.m. A maximum of 20,000 tickets will be sold for the event.