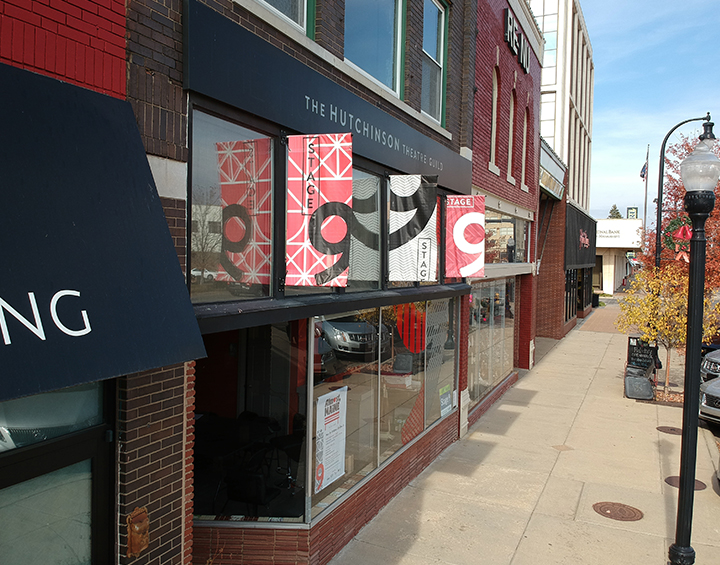 Hutchinson, Kan. –  Stage 9 continues its 2018 Season with Avenue Q, winner of the Triple Crown of Tony Awards (Best Musical, Score and Book).  This raucous, raunchy and hilarious musical comedy has often been described as Sesame Street for adults and is sure to leave the audience rolling in the aisles.  Avenue Q plays at Stage 9 August 16-19 and 23-26.  Performances on Thursday, Friday and Saturday begin at 7:30 pm with Sunday performances at 2:00 pm.  Tickets are $20 for adults, $15 for seniors (age 62 and up) and $10 for youth.  Due to strong language, adult content and situations, the production is strongly recommended for audience members 18 years of age and up.

Avenue Q marks the first production at Stage 9 since February’s production of Dog Sees God after performing a critically acclaimed production of Fiddler on the Roof at the historic Fox Theatre and Stage 9: On Broadway [Underground] at STRATACA’s Stratacacenter 650 feet below Hutchinson. Audiences will enjoy minor upgrades to the lobby and front of house experience, including the addition of free popcorn included in every ticket purchase.  With the break in production schedule, Stage 9 also upgraded its lighting system through grants from the Charles E. Carey Memorial Fund at the Hutchinson Community Foundation and a prestigious grant from the Kansas Creative Arts and Industries Commission (KCAIC) in its maximum amount.  Finally, Stage 9’s upgrades have also been generously underwritten through donations from Stage 9 patrons and supporters.

Avenue Q, written by Robert Lopez and Jeff Marx, centers around Princeton and his journey of navigating the real world after enjoying the relative solace of college.  The tuneful score, written by the same songwriter behind the smash movie and Broadway hits Frozen and Book of Mormon, includes instant classics that will leave audiences tapping their toes, harkening back to the educational television programming that began in the late 1970s.  Song titles include Everyone’s a Little Bit Racist, If You Were Gay, Schadenfreude, I Wish I Could Go Back to College, You Can Be As Loud As the Hell You Want (When You’re Making Love), What Do You Do with BA in English and The More You ‘Ruv Someone (The More You Want to Kill Them).

Avenue Q is also unique due to its rather unusual use of puppets as key characters in the production which were rented from professional companies from California and Dallas.  The leads, Kate Monster (played by Kelsey Unruh) and Princeton (played by Charles Johnston, stepping in to replace an actor who sustained an injury), are both puppets as are several supporting characters (played by Tim Huck and Paula Rothe).  The cast is rounded out by three humans, Christmas Eve (Olivia Kliewer), Brian (Aaron Barlow) and Gary Coleman (Dashona Mahoney).  This small ensemble takes the audience through a hilarious romp lasting just over 2 hours.

Production team members are led by Jo Stropes and Johnston who serve as co-directors.  Johnston serves as music director while Susie Ray serves as Stage Manager.  Nancy Self and Steve Snook assist the cast through their efforts as puppet coordinators.

Performances are August 16-19 and August 23-26, 2018.  Thursday – Saturday performances are at 7:30 pm and Sunday matinees are at 2:00 pm.  This production is recommended for patrons 18 years and up and should be viewed as the theatrical equivalent of an R-rated film for coarse language, sexual situations and other adult content.  Tickets for the production are $20 for adults, $15 for seniors (age 62 and up) and $10 for youth. In addition, nine $9 rush tickets will be available one hour prior to each performance at Stage 9. Advanced tickets may be purchased at stage9hutch.com and at Apron Strings, Stage 9’s official ticket outlet, located at 1 S. Main. Tickets are also available at the door one hour prior to the performance.

Stage 9’s mission is to excite minds, move hearts and change lives through theatrical performance, arts education and live entertainment in Hutchinson, Reno County and South Central Kansas.  As a 501c3 non-profit corporation, Stage 9 seeks to provide community members opportunities to see and be a part of the highest quality contemporary and musical theatre offered in South Central Kansas as well as other exciting programs, events and live entertainment. At home at 9 S. Main in downtown Hutchinson, Stage 9’s 2018 Season features Bert V. Royal's coming of age drama Dog Sees God: Confessions of a Teenage Blockhead, a revival of The Laramie Project by Moisés Kaufman and the Tectonic Theater Project at Wichita State University, a joint production of Fiddler on the Roof with the Hutchinson Symphony Orchestra at Hutchinson's Historic Fox Theatre, a Broadway musical revue Stage 9: On Broadway [Underground] performed 650' below the surface of Hutchinson at STRATACA, the hilarious, ground-breaking musical Avenue Q (an adult version of Sesame Street), the 12th Edition of Hutchinson's popular fall event Talking Tombstones and the revised version of the charming musical You're a Good Man, Charlie Brown.