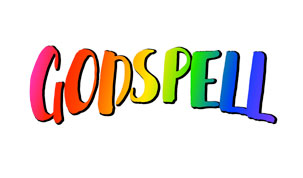 Hutchinson, Kan. – September 21st –October 1st, 2017, the magical retelling of the Gospel of Saint Matthew comes to Stage 9. Prepare Ye, for Godspell (2012 Revised Version) is a timeless musical that is sure to thrill audiences night after night.

Godspell (2012 Revised Version) is a powerful musical and a testament to what can happen when a group of people bond together as an ensemble. This small company will help Jesus tell different parables from the bible in many different ways, with multiple storytelling techniques and games, and is sure to be loaded with plenty of comedic timing. Another classic arrives in the 2017 season at Stage 9.

This incredibly successful rock opera needs very little of an introduction. It speaks for itself. When it was first produced on Broadway in 1971, it became the leader in stage treatment of Jesus Christ. Stephen Schwartz’s (Wicked and Pippin) ground-breaking musical Godspell has been updated in a new production that premiered on Broadway in 2012. Stage 9 is pleased to be one of the first theatres in the area to revisit this classic musical with a fresh look. All of the musical’s major hit tunes remain in this eclectic blend of songs, ranging in style from pop to vaudeville. This powerhouse of a musical comes full circle with the equally talented actors:

This musical is infused with Jesus‘ messages of kindness, tolerance and love. It is sure to be a crowd pleaser. Do not miss this powerhouse as it takes the stage.

Tickets are $15 for adults, $12 for seniors, and $10 for ages 8-14. Children must be eight years old to attend Stage 9 productions. Tickets may be purchased in advance online at stage9hutch.com as well as at Apron Strings, located at the intersection of Sherman and Main Street in downtown Hutchinson. Tickets will also be available for purchase at the door the night of the performance.

All seating is general admission. The house opens at 7 p.m. for evening performances and 1:30 p.m. for matinees. Stage 9 seats 85 people and seats are available on a first come, first served basis. To check availability of seating, please contact Stage 9 by email at info@stage9hutch.com or by phone at 316-350-PLAY (7529).

For more information about Godspell (2012 Revised Version) or to schedule interviews with the director, cast and/or crew, contact Charles Johnston at 646-628-4353 charles@stage9hutch.com