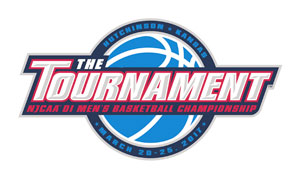 Hutchinson, KS—The American Legion Lysle Rishel Post #68, in partnership with the NJCAA, announced the launch of a new website for ‘The Tournament’ - www.NJCAAHutchTourney.com.  The website is the latest announcement in tournament upgrades, after a new, rebranded logo was unveiled last fall.  The championship website was created by PrestoSports, the official website partner of the NJCAA.

Another great feature of the new website comes through a partnership with The Hutchinson News. Updated stories and features from The Hutchinson News will be available on the homepage so fans can stay up-to-date on all the latest coverage of ‘The Tournament’ from the championship’s leading media outlet.

A new social stream is also available on the new site to provide fans real time updates via the official social media platforms for the NJCAA (@NJCAA), the sports department at The Hutchinson News (@HutchSports) as well as the new Twitter account for ‘The Tournament’ - @HutchTourney.

The 2017 NJCAA Division I Men’s Basketball Championship will take place March 20-25 at the newly renovated Hutchinson Sports Arena. The 2017 championship will mark the 69th consecutive season ‘The Tournament’ will be held in Hutchinson.