Home to Blue Dragon Cross Country since before the 2012 season, Westar/Prairie Ridge Park is a unique cross country trek on a course built into the natural dunes of Kansas.

The last four Blue Dragon Cross Country Invitationals, now known as the Terry Masterson Invitational, have been contested at Westar/Prairie Ridge Cross Country Course. The course was the host of the 2013 and 2016 Region VI cross country championships.

For spectators, about 300 yards north of the start line is an access path where spectators can see the entire northern half of the course. From there, it’s not far back to the Stadium area for the finish of the races.

On the very north end of the course are a series of curves and hills that make for some interesting racing. 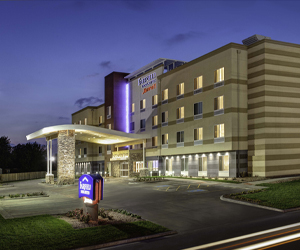 We Have Over 900 Hotel Rooms