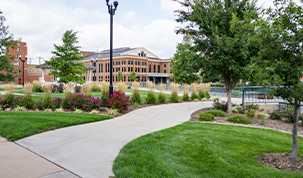 In 1923, President Harding came to Hutchinson to talk to local farmers about the government assisting American farmers. While talking to the farmers, Harding was standing at the gazebo that (still stands) at Sylvan Park. In 2005, Sylvan Park got renamed to George Pyle Park and in 2016, a playground was constructed.