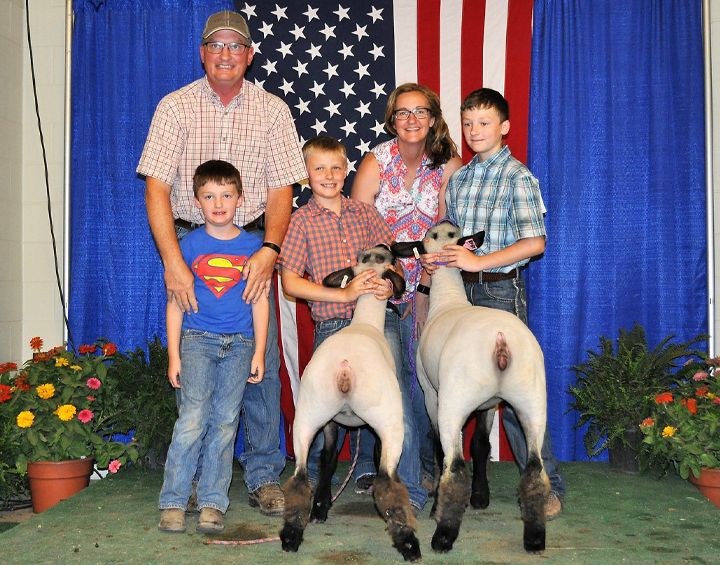 Five years after the Kansas Sheep Association hosted the All-American Junior Sheep Show at the Kansas State Fairgrounds, they will once again converge on Hutchinson in 2019.  The show dates for the 26th annual show is set for July 4-7, 2019.   The over 350 exhibitors and their families are expected to come from 20 states, from Oregon in the west to Florida in the east.

According to Jeff Ebert, President of the Kansas Sheep Association, over 2,000 head of sheep are registered for the 2019 show.  This number has almost doubled from the entries they had when they hosted in 2014 show in Hutchinson.

Overall, the show will bring 1,500 people to the Hutchinson community for the weekend.  In addition to sheep showing, exhibitors will participate in a Wool Show, Judging Contest, Skill-a-thon, other promotional contests and a 3-on-3 basketball tournament at the renovated Hutchinson Sports Arena. Many exhibitors and their families use the AAJS as a family vacation as there are many fun activities built into the sheep show.

“We have been working with Jeff and the Kansas Sheep Association for the past three years and we excited to welcome them back.  The show was a huge success in 2014 and we are looking forward to hosting more exhibitors and their families this year”, said Holly Leiker, National Sports & Destination Sales Manager with Visit Hutch.

Since the show in Hutchinson in 2014, the AAJS has been to Springfield, MA and East Lansing, MI, and Madison, WI.  The 25th Anniversary show in 2018 took place in Indianapolis, IN.  Indiana was the host for the first nine shows before it started moving around the country.

“We are excited and honored to host the 2019 All-American Junior Show at the Kansas State Fairgrounds and we look forward to the nation’s largest junior show being in Hutchinson in July”, said Jeff Ebert, Executive Committee Member of the Kansas Sheep Association.