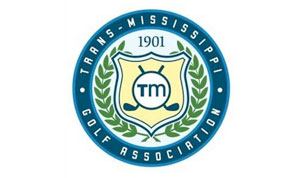 HUTCHINSON, Kan.—Widely considered one of the best inland golf courses in America, Prairie Dunes Country Club will play host to the 114th Trans-Miss Amateur Championship. Set for July 10-13, the Trans-Miss Amateur this year features another world-class field as the event moves from last summer’s fog and cool temperatures at The Olympic Club in San Francisco to the strong winds and stifling heat of the Midwest.

“A little bit of Scotland in the Land of Oz,” eight-time major champion Tom Watson famously said about Prairie Dunes. “Sunflowers instead of heather, oceans of grain instead of the sea. But, like Scotland, be prepared because the wind always blows.”

Among the notable players who will attempt to conquer the unique and storied links-like course are Dallas native Scottie Scheffler, winner of the Low Amateur medal at June’s U.S. Open, and Sacramento’s Cameron Champ, the only other amateur to make the cut at Erin Hills. A senior at Texas, Scheffler finished T27 at the U.S. Open. He tied for eighth place last summer at the 113th Trans-Miss Amateur Championship and was T2 in April at the Big 12 Men’s Golf Championship, which was played at Prairie Dunes. A Texas A&M junior, Champ finished T32 at the U.S. Open.

Also in the field this year is 2015 U.S. Junior Amateur champion Philip Barbaree from Shreveport, La. Barbaree finished second to Morikawa in 2015 at the 112th Trans-Miss Amateur.

Landlocked near the exact center of the continental U.S. might be the last place in the world one would expect to find a links-style course. With its sandy soil, constant wind, rolling hills covered in native grasses and intricate green complexes, however, Prairie Dunes plays much like those famous seaside links in East Lothian. Perry Maxwell, one of the fathers of American golf course architecture, designed all 18 holes 1937. On the heels of the Great Depression, the course owners elected only to build half of the holes at the time. For the next 20 years, Prairie Dunes was regarded as the best nine-hole course in America. In 1957, five years after Maxwell’s death, his son J. Press Maxwell completed the Prairie Dunes project with the construction of the final nine holes.

Prairie Dunes is a par 70 that plays deceptively long at 6,940 yards. Six par 4s measure longer than 440 yards, for example, including the 535-yard 11th, which typically plays downwind. Two additional par 4s stretch to 400-plus yards.

“We’ve hosted several tournaments and people look at the scorecard and think it’s not that long,” said Scott Nelson, Prairie Dunes’ General Manager. “It’s deceiving. We have some monster par 4s and the difficulties come on and around the greens.”

Nelson said Prairie Dunes is a second-shot course. The sight lines are fairly generous off the tees. However, several areas with 6-foot-tall native grasses – known to members as “the gunch” – can gobble up errant drives. Putting the ball into the fairway is the first challenge. Nearly as important is finding the best angles into the green complexes, which are turfed with a mixture of A1 and A4 bentgrass.

Extremely undulated and typically on the smaller side, the greens are kept between 10-10.5 on the Stimpmeter for member play. The sloped nature of the greens – combined with expected stiff winds – offer a taxing examination of players’ skills and patience.

“Short-siding yourself is not a good option,” Nelson said. “There are lots of roll offs and false fronts. If you miss the green just slightly, you might have a 5- to 8-yard rollout, kind of like what you see at Pinehurst. Then you’ll have fairly tight lies to chip it back up.”

The format of the Trans-Miss Championship calls for 72 holes of stroke play. The 144-player field will be cut to the low 54 scores (including ties) following the second round. The final 36 holes will be played in succession on the final day of the tournament, mirroring most collegiate championship formats. For more information on the 114th Trans-Miss Amateur Championship, click here.